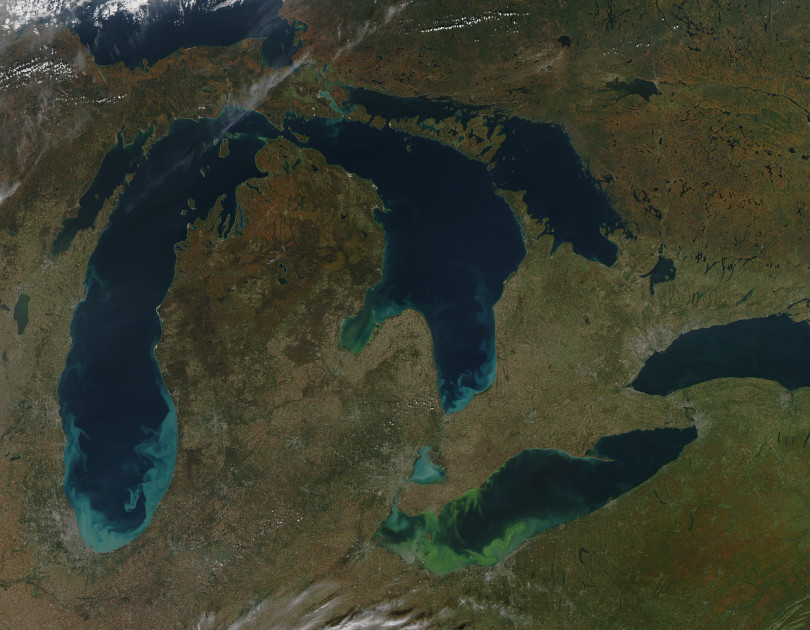 The Great Lakes are more than an alluring landscape – they are also a source of food and economic growth. Climate change, invasive species, habitat loss, and pollution now threaten to degrade that resource. We cannot afford to let that happen for both the sake of our economy and health.

The Great Lakes economy, which supports 56 million jobs and a GDP of $5.1 trillion, could be negatively impacted by a decline in water quality. In Ontario, the Great Lakes commercial and recreational fishing industries contribute about $234 million and $600 million annually to Ontario’s economy respectively. Over 73 million tourists visited Ontario in 2010, spending over $12.3 billion.

The health of 40 million people who live in the Great Lakes basin is also tied to the health of the Lakes. Over 70 per cent of Ontario residents, or three out of four residents3, get their drinking water from the Lakes, and yet toxic chemicals and other pollutants are building up in the water. Some of these harmful chemicals are toxic and could have long-term, chronic human health effects.