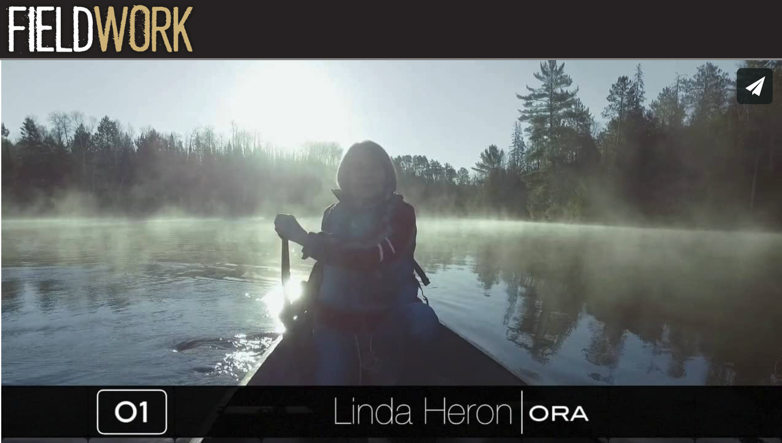 In Fieldwork – the Art of Conservation, ORA Chair Linda Heron talks about the organization’s commitment to protecting Ontario rivers, and its focus on one of the most challenging issues facing communities and riverine ecosystems today – hydroelectric power development.

“The Ontario Rivers Alliance appreciates the opportunity to participate in James Sidney’s series,” says Heron, who was interviewed to speak on behalf of one of three environmental voices in Episode 2 of The Art of Conservation series.  The film can be viewed on the Fieldwork website here.

“It is no longer acceptable to trade-off valued ecosystem resources such as clean water, fisheries, wetlands, and healthy rivers, for renewable energy generation, without effective mitigation, and without clear and transparent public and First Nation consultation on what these trade-offs would entail.”

ORA is a Not-for-Profit grassroots organization acting as a voice for several stewardships, associations, and private and First Nation citizens who have come together to protect, conserve and restore healthy river ecosystems.  www.OntaroRiversAlliance.ca