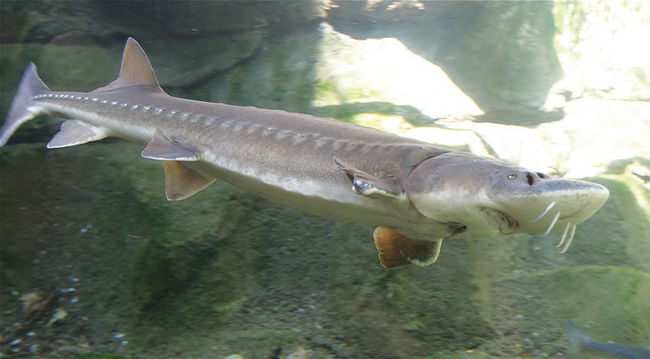 The proposed Regulation lacks clarity and consistency, and amounts to an abdication of its federal responsibly for protecting fish, habitat and waterways in Canada. The contradictory regulatory scheme would make it impossible for any government regulator to fulfill the purpose of the Act, which is to “provide for the sustainability and ongoing productivity of commercial, recreational and Aboriginal fisheries”….. END_OF_DOCUMENT_TOKEN_TO_BE_REPLACED

ORA and our members have repeatedly met with resistance and secrecy from developers who are relying on the assurances of a pre-approved environmental assessment process – telephone calls not returned, information not provided, and consistently told by developers that “you can’t stop the project – it is a done deal”.

It is unacceptable that the public has had to deal with such arrogance, resistance, deception, and an overall lack of disclosure of vital aspects of the project until the ER is issued.  Our members have used the formal Freedom of Information process to obtain relevant details, only to be met with an appeal by the proponent when ordered to provide the documentation.

This attitude has created an environment of mistrust which in the end only delays and lengthens the process.”

Amidst growing concerns about the effects of population growth, new chemicals of concern, invasive species, climate change, and other new challenges facing Ontario’s critically-important Great Lakes, the Government of Ontario began pursuing a “Great Lakes Strategy” in 2009 with the release of a discussion paper entitled “Healthy Lakes, Strong Ontario.” In June 2012, Ontario issued a draft version of the Great Lakes Strategy and engaged scientific experts and community stakeholders – including First Nations and Métis communities – in a series of public consultations. This process culminated in the Ontario Great Lakes Strategy report (GLS), released in December 2012.

To read the rest of this article, click here.

Re: EBR-011-7696 Proposed Approaches to the Implementation of the Endangered Species Act

The Nottawasaga Steelheaders is a volunteer group of anglers, conservationists and concerned residents who have been working in concert with The Nottawasaga Valley Conservation Authority, Ministry of Natural Resources and various communities to improve, rehabilitate and preserve the integrity of the Nottawasaga River watershed over the past twenty years years. Over this time we have committed tens of thousands of man-hours and hundreds of thousands of dollar in many beneficial programs. These have included the removable of numerous barriers to fish migration, undertaken countless garbage pick-ups, tree plantings, stream bank stabilizations, cold water delivery projects, spawning ground improvements and commitments to ensure the survival of wild species in this watershed such wild steelhead. Our organization was the first of its kind to undertake a comprehensive study to make uncover the genetic diversity of migratory rainbow trout (Oncorhynchus mykiss). Eighteen (18) distinct strains were found, each with its own set of co-adaptive gene complexes established over a hundred years. Recent studies including those at the University of Western Ontario have determined that that 35-40% of migratory Chinook salmon are of Nottawasaga River origin! This speaks highly of complex and delicate interdependent biodiversity which has taken hundreds if not thousands of years to establish in this watershed. This biodiversity and its interdependence in this watershed and across Ontario is something we know little about and should not be putting at risk with hasty decisions and without the input of Ontarians. It is OUR province with OUR resources and WE are responsible…not a few. END_OF_DOCUMENT_TOKEN_TO_BE_REPLACED

Re: EBR Registry Number: 011-7696, Proposed approaches to the implementation of the Endangered Species Act which could include regulatory amendments to authorize activities to occur subject to conditions set out in regulation consistent with MNR’s Modernization of Approvals

The proposed regulatory changes contained in EBR 011-7696 are vague and will not meet MNR’s responsibility to endangered species and their habitat maintenance and protection.
While the ambiguity of this MNR and provincial cabinet’s proposal will serve MNR’s and cabinet’s partners in the mining, energy, forestry, and aggregate industries, it will not meet the primary purpose of the Endangered Species Act which is to protect endangered and threatened species and their habitats required for survival.

It is intriguing to note that the spring 2012 budget proposed amendments to the Endangered Species Act. These proposed exemptions – circumvention of permitting requirements, and removal of deadlines for recovery planning – faced serious public opposition and the budget amendments to the ESA were dropped. To now reposition the budget amendments as regulatory changes, which require only cabinet approval, is irresponsible, misleading and shows the continuing disrespect that cabinet and the MNR have towards the public, and as importantly, endangered species and their habitats. END_OF_DOCUMENT_TOKEN_TO_BE_REPLACED

This past week a company named WaterPower Group held a presentation for members of the Capreol Business Association, Capreol Community Action Network, and members of the Town at the Millenium Centre.  This group proposes to build a low head turbine dam on the Vermilion River near the rapids. END_OF_DOCUMENT_TOKEN_TO_BE_REPLACED