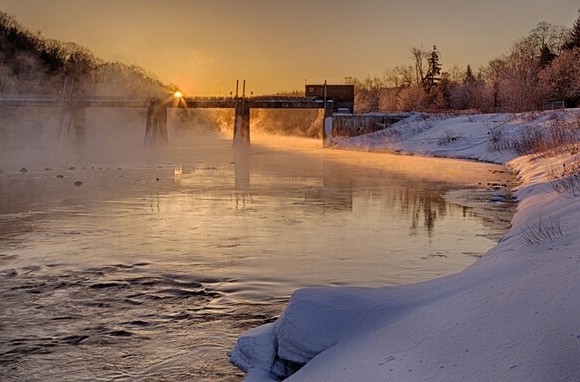 Since last December, it is difficult to recall a week that has gone by where some sort of new major twist hasn’t happened with this story.  Late in 2015, the Thames River Anglers Association (TRAA) and the Ontario Rivers Alliance (ORA) brought together a coalition of 20 different organizations, representing over 250,000 members, to jointly sign on to two letters sent to the City of London’s Mayor and Council requesting decommissioning.

This seemed to open the flood gates for the community at large to call for the Thames River, a Nationally Designated Heritage River, to be allowed to continue to run free through the City of London.   To date, well over 40 different organizations representing hundreds of thousands of people, have written to the Mayor and Council to share their position on the matter.  Even from a media perspective there is a seemingly insatiable appetite for the next big story about the future of Springbank Dam.

This incredible interest inspired the Urban League of London to coordinate a series of panel sessions with representation from the Upper Thames Conservation Authority, London Rowing Club, another paddling group, and the TRAA.  With a focus on evidence of ecosystem recovery over the last 8 years since the dam has been out of operation, through the presence of a vast array of threatened mussels, turtles and fish species, the support of the politically influential Urban League was garnered.  Our consistent messaging of protecting the recovery of Thames, its inhabitants, and preserving water quality, encouraged three First Nation governments to initiate direct discussions with the City to call for decommissioning of the dam.

When it seemed like the groundswell of community feedback was in favor of decommissioning, and many Councillors also started to publicly call for the same, the story took yet another twist. The City of London Engineering staff drafted a proposal for a “One River” holistic Master Plan Environmental Assessment (EA) that immediately won over the support of those in favor of repairing the dam.  The suggestion was that by including the future of Springbank Dam in with a series of other major waterfront, flood works and downtown development projects, it would avoid piecemealing of the projects, and be the most efficient way to reach a decision on the future of Springbank Dam.  However, one Councillor called it a blatantly biased report, and many in the community see it as a stalling tactic to delay a decision on the dam for a period of between 2 to 4 years.

This was further complicated by a series of behind closed doors meetings with Council and their legal staff regarding the notion that if the dam is decommissioned that the City may be forced to pay back provincial and/or federal grant funds initially issued to build the dam. Even though MPs and MPPs have publicly stated they would oppose such a ridiculous claw-back, there appears to still be severe enough legal issues that necessitate continued confidential meetings.

At the conclusion of a 4-hour public participation meeting that brought representation from the TRAA, ORA, WWF-Canada, OFAH, Members of Parliament, numerous local Environmental Groups, First Nations and even the City of London’s own Environmental Planning Committee, all calling for decommissioning, Mayor Matt Brown recently announced that he has shifted his position.  The Mayor has moved from wanting to see the dam repaired, to supporting an unencumbered assessment that evaluates all the evidence and impacts of the dam, as well as community consultation.   What do you think?  Time will tell if this is just an attempt to persuade Council to support the “One River” multi-EA approach or if the Mayor is genuinely looking at the facts, and is open to decommissioning the dam.

Those in favor of decommissioning would like to see an independent and unbiased decision on the future of Springbank Dam before the summer of 2016. This would be the most cost effective approach for local taxpayers, while respecting the concerns of our downstream neighbors with whom we share the Thames River.

For now, we wait for the next twist, and continue to maintain open lines of communication with those who are near to the story.

Springbank Dam may be less than 15 years old, but its sole purpose is for recreational use, and represents an outdated and bygone era of river exploitation and environmental degradation.   It feels like we are very close to what would be a monumental decision to decommission a deadbeat dam.

Article submitted by Robert Huber, President of the Thames River Anglers Association.  For more information about TRAA and Springbank Dam you can check out their website here.