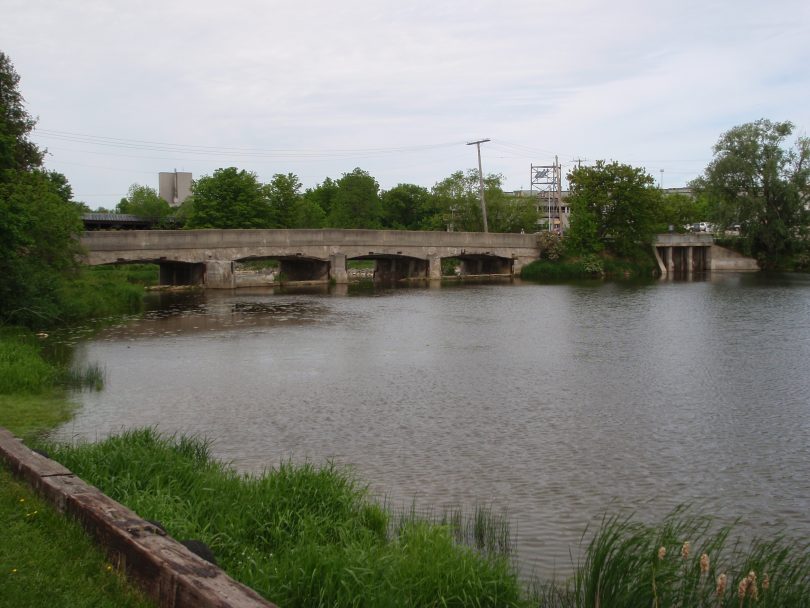 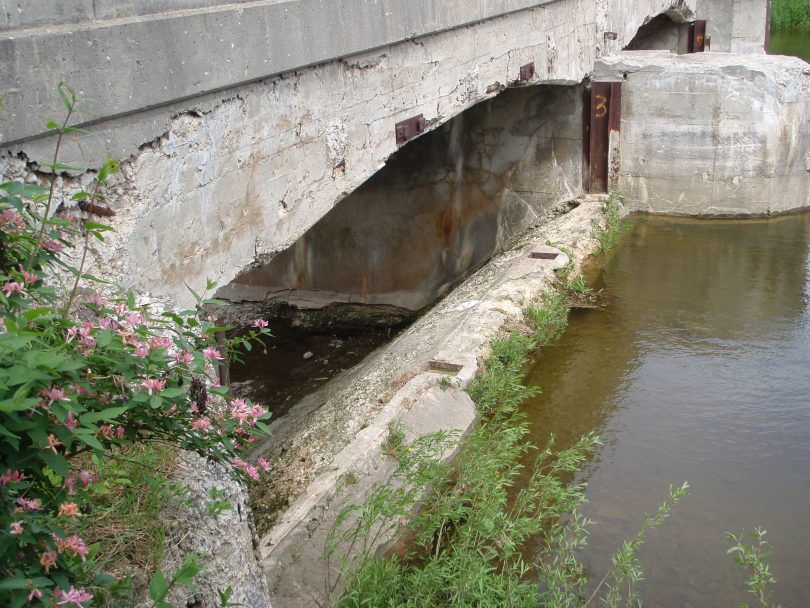 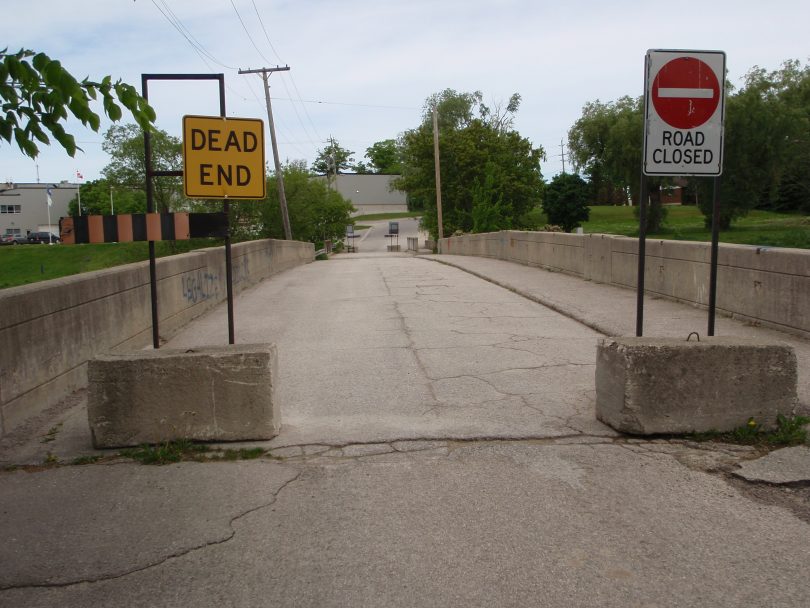 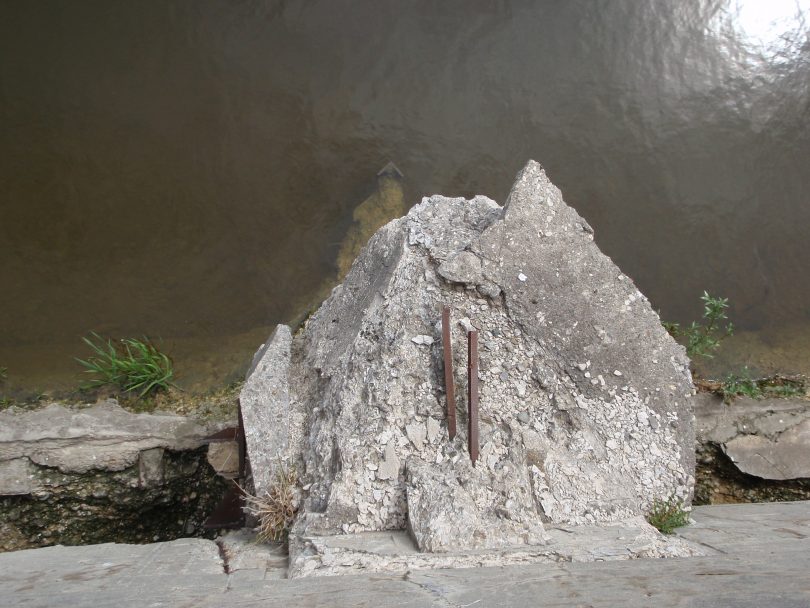 Concrete is failing and eroding away.