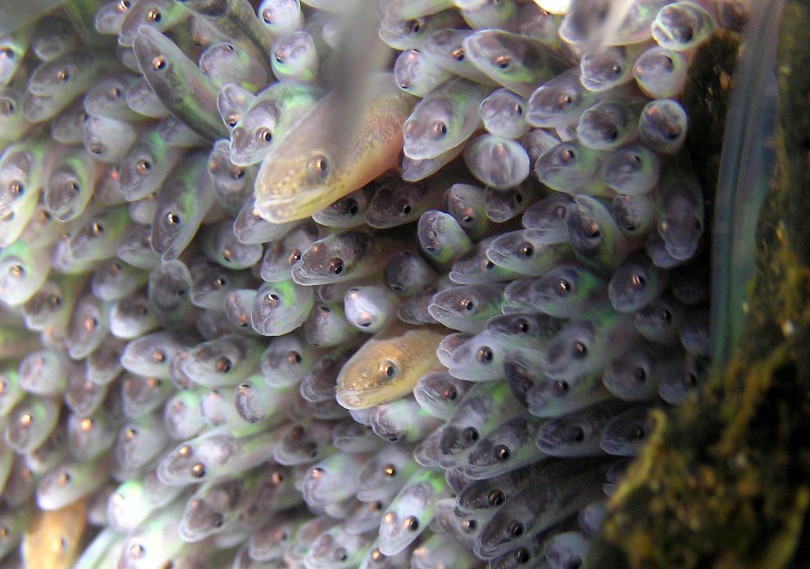 Help Save the American Eel

The American Eel of eastern Canada was recently designated as a threatened species by COSEWIC because of a dramatic decline in the species’ abundance over a substantial portion of its range, and as a result of ongoing threats that constrain recovery.  The Department of Fisheries and Oceans is conducting a Survey to ask for your comments and suggestions regarding the possible ecological, cultural, and economic impacts of listing or not listing this species under SARA.

Please help save the American Eel by completing the Survey located here before the deadline of 18 March 2016.

Because of the migratory nature of the American Eel, the very wide diversity of ecosystems utilized by the species (Daverat et al. 2006), and the numerous threats across its range in eastern Canada (COSEWIC 2012, MacGregor et al 2013), there is an urgent need for co-ordinated protection/recovery efforts at the federal, provincial and regional level (MacGregor et al. 2008).  It is essential to address the numerous threats identified if we are to halt the decline in the population and ensure its long-term recovery.  The protection and recovery of the American Eel is of paramount importance to aquatic ecosystems and to Canadians (including First Nations).

Critical steps in this process are:

There are many causes of the decline in the American Eel population including dams, turbines at hydro-electric facilities, fishing pressures, and pollution.

Threats are compounded for eels that migrate the longest distances, such as those in Ontario and western Quebec.  Hence, it is not surprising that this sub-population has seen the steepest decline.

The American Eel has been of great importance to First Nations for millennia, both culturally and as a food source. Until recently the species supported a robust fishery over much of its range. For example, the commercial eel catch in Lake Ontario in some years represented >50% of the value of the entire commercial catch for all species.

There is an urgent need for the American Eel to be listed as threatened under the Species at Risk Act, and a national Recovery Strategy developed and implemented across the species’ range.

Comments can be made: