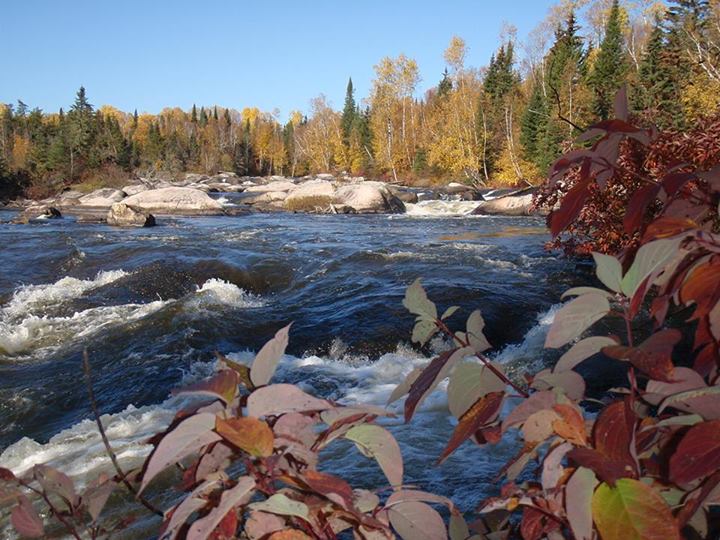 ORA commented on the Environmental Report – comments here.
The Northern Sun News — 10 December 2012
The proposed site at Big Falls on Trout Lake River in the Unorganized Township of Gerry – about 31 km north of Ear Falls.

Plans are underway for the construction of a new hydroelectric project between Ear Falls and Trout Lake that will generate three to four megawatts of power to feed back into the Ontario power grid.

A few years back the Ontario government identified Big Falls on Trout Lake River as suitable for this type of small scale hydro project based on several criteria including the amount of water in the river and the height of the drop at the falls. The MNR then put a call out for competitive bids from potential developers.

Toronto’s Horizon Hydro Operations Ltd. won the bid in 2007 and got the ball rolling in the fall of that year.

Since then the team has been working toward the completion of an environmental assessment (EA) including the Water Management Plan for the facility.

“We’ve finished a draft of the EA report and that’s out for review right now – it’s what they call the Notice of Inspection,” says Karen McGhee, Horizon Project Manager. “Once we get those comments it goes back out for review again. It’s a 30 day public review each time.”

The proposed project is a run-of-river operation which means rather than holding water back and releasing it based on the need for electricity, it will use the natural flow of the river to operate and requires no dam or associated reservoir. Instead, after a portion of the water is diverted to the powerhouse, it’s then returned to its natural watercourse.

Over the years many people have hiked around Big Falls and Ear Falls Councillor Vic Robinson says that people still head there to take photos, for example, so it’s a good thing that the natural flow won’t be disrupted too much.

According to Horizon, its team of biologists works closely with the MNR and the Department of Fisheries and Oceans to make sure there are no long-term environmental disruptions.

Horizon maintains that diverting water through the station’s powerhouse does not deplete the oxygen level needed to support fish habitat. It may even make some improvements, says McGhee.

The project is expected to cost about $25 million – with some local investment and job creation.

“We look forward to something new coming along,” says Robinson. “I don’t expect it’ll create an awful lot of jobs – other than the construction part of it…But we’re looking forward to anything that can help out a little bit with even one or two jobs that are created.”

McGhee says Horizon will use the existing transmission line along South Bay Road.

“It will go down the road into Ear Falls to the big Hydro One substation there. From there it will get distributed throughout the province,” says McGhee.

As Mayor Phil Vinet has said, the three or four megawatts of power can’t be used locally since it’s transmission – not generation – at the root of the local hydro issue.

The first EA report review period ended on Nov 30. The revised draft – which takes public comments from the first review into consideration – will be available to the public again in the coming months at the Ear Falls Municipal Office, the Ear Falls and Red Lake Public Libraries or online at www.troutlakehydro.ca.

If the project goes according to plan, the dam will be under construction in the spring of 2013.