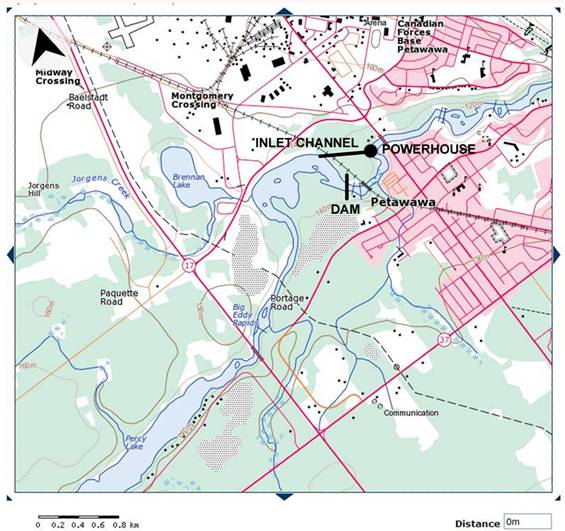 Summary of the Project

Two projects on the Petawawa River.  One at Half Mile Rapids, entirely on DND property, the other at Big Eddy, right in the middle of Town.

Description of the Issues

These sites have not previously been dammed in any way

What the reader can do about it?

Within the rules: Read the available documentation.  Ask Xeneca specific questions to improve your understanding of possible areas of environmental impact. cc their environmental consultant kfortin@oel-hydrosys.ca Track responses using the scoring template on our website.  Let us know how they do: petawawa-river@hotmail.ca.  Notify proponent of areas of serious concern (see Class EA #8.6.1), and advise that a Part II Order request will result if these concerns are not satisfactorily resolved.  When Notice of Completion is published, send a letter listing these concerns to the Minister of the environment, and request that the project be switched to an individual EA.  But the concerns must be backed up by solid technical information and referenced to existing documentation, previous answers to questions, etc.

Change the Rules: The Opposition does appear to be committed to giving back some decision making power to the municipalities.  However, it is not yet clear whether this would happen soon enough to save the Petawawa, so don’t put all your eggs in this basket.

Write to the provincial MPs, opposition critics, mayor@petawawa.ca, Cheryl Gallant, etc. To advise them of your concerns.