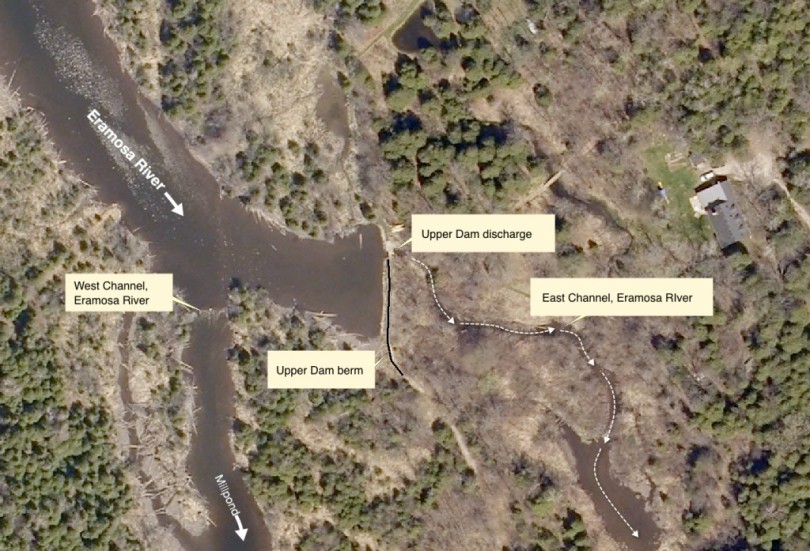 The East Channel is a stretch of the Eramosa River that runs through the village of Eden Mills, between Rockwood and the city of Guelph.  The East Channel was once a pristine river ecosystem; however, for years, it  has been in a state of decline.  Why?  Because a private dam was built without an environmental assessment or permits in the early 1990s, and blocks water from flowing down into the East Channel during the low flow summer months when the river and aquatic life need it the most.  Even though there could be as much as 20 inches of water in the river at the entrance of the East Channel, the Upper Dam blocks the flow completely at those times.  This dam continues to cause significant and alarming environmental harm to the East Channel’s river ecosystem. 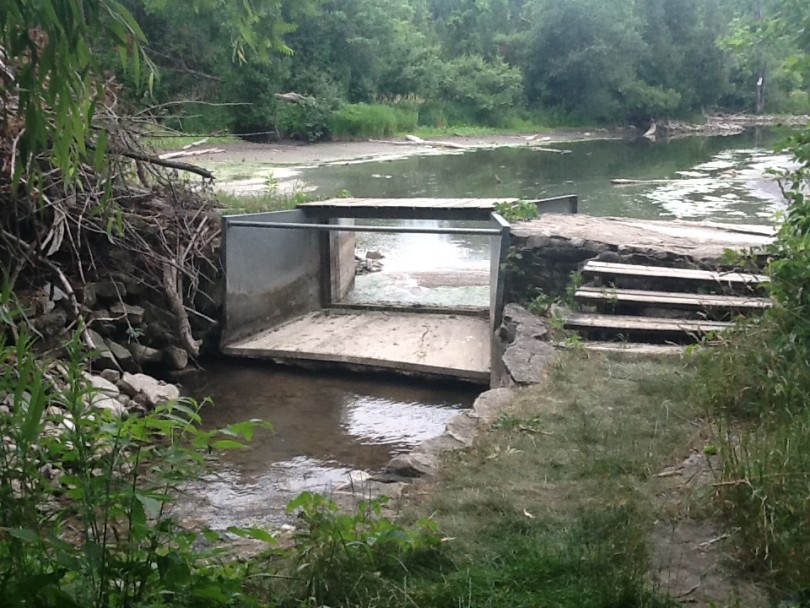 On August 25, 2012, the operator of the dam, the Eden Mills Millpond Conservation Association, sealed the leaks which had at least been allowing a small amount of water to flow into the East Channel.  That was the day that a group of local concerned residents started the Save the East Channel.

Unfortunately, life on this section of the river is still threatened because nothing has yet been done to remedy the lack of flow into the East Channel caused by the Upper Dam.  The flow of water into the East Channel will no doubt stop again this summer and sadly the river and its ecosystem will continue to suffer until the dam is removed.

In addition to the damage to the river ecosystem, downstream residents have grave concerns about the dam’s deteriorating state, and the risk it poses to life and property during periods of high water. Because the dam was built without proper engineering, permits, and inspection, it is already showing signs of failure.  During high flow in the spring, water seeps over, around, and under the dam, and constitutes a huge risk to families whose homes are positioned downstream along the banks of the river. 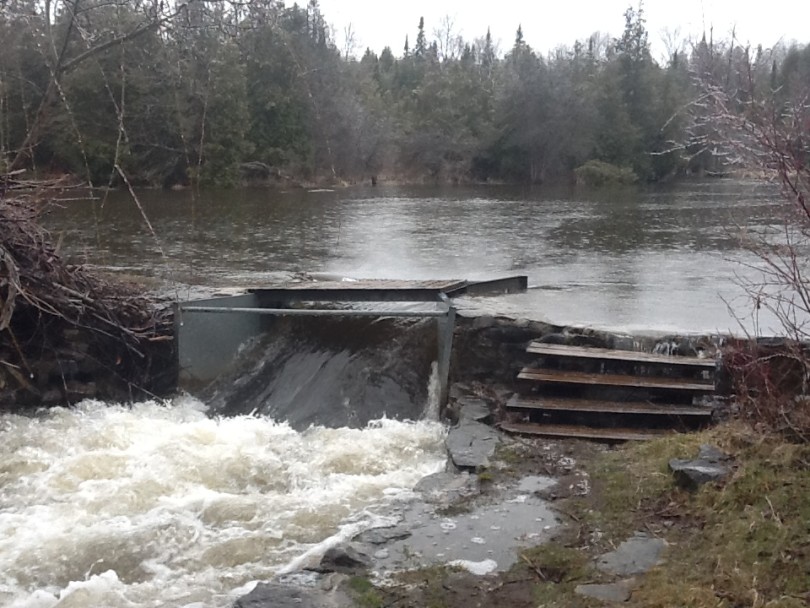 Save the East Channel, with the kind support of the Ontario Rivers Alliance, continues to work with the landowner and the Eden Mills Millpond Conservation Association to find a solution that best serves the downstream community and the East Channel’s riverine ecosystem.

Currently, we are awaiting the results of a flow mapping study that is being conducted by the Grand River Conservation Authority.  The study will determine if the Upper Dam serves any role in flood protection, or if its sole purpose is to divert water into the millpond watercourse.  When this information is provided, Save the East Channel, along with the Ontario Rivers Alliance, will coordinate our next steps to ensure flows are restored to the East Channel of the Eramosa River as nature intended, and that the safety of downstream residents is protected.

Article submitted by Amanda St. Jean, Save the East Channel (STEC).  You can contact STEC through their website for more information – here.