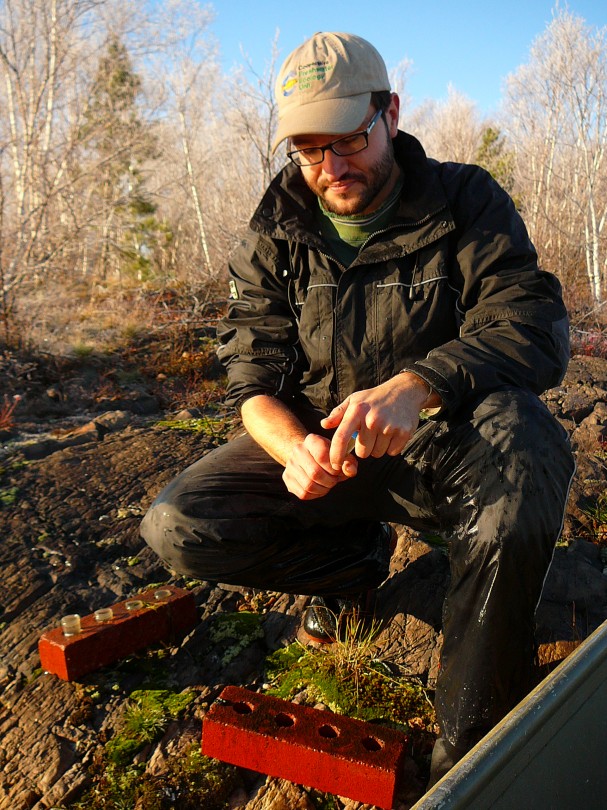 A recent study indicates that peaking facilities have serious potential to damage freshwater ecosystems, particularly in areas with heavy metal deposits from mining and industrial developments.  Based on the study, researcher Erik Szkokan-Emilson advised ORA in their preparation of a Part II Order request to the Minister of Environment regarding a proposed modified peaking hydroelectric facility at Wabagishik Rapids on the Vermilion River.

The research paper, published in the scientific journal Biogeochemistry by Erik Szkokan-Emilson, B. Kielstra, S. Watmough, and J. Gunn, predicts that as climate change leads to more frequent and severe droughts, water tables will be lowered, and acidic metal-contaminated water from wetlands will be released. It indicates that “episodic pulses of metals could reach concentrations sufficiently high to severely affect aquatic communities in receiving waters and cause a delay in biological recovery.”

In areas where historical deposits of metals and sulphur was severe, the wide fluctuation in water levels caused by hydroelectric peaking facilities would have the same effect as severe drought/flooding cycles. The Vermilion River, near Sudbury, is subject to such deposits as a result of mining activities spanning more than one hundred years.   More specifically, a 1986 Ministry of Environment sediment study on Wabagishik Lake revealed heavy metals such as nickel, arsenic, lead, copper, manganese and iron are already several times over  “severe effect levels”.

In his own submission to the Minister of Environment, Erik Szkokan-Emilson expressed concern that fluctuating water levels in Wabagishik Lake were not adequately addressed in the environmental report submitted by the proponent of the Wabagishik Rapids project, Xeneca. He indicated that daily downstream changes in flow of the magnitude in the proposed project “are far more likely to cause severe erosion of sediment than occasional storm events and seasonal changes in flow.”

The erosion and release of sediments are of particular concern because of the elevated heavy metal content of soils and sediments that are well documented in the area. However, any changes in water levels that can result in periodic drying and rewetting of soils or sediments (whether erosion results or not) creates a potential release of stored metals from sediments and soils into solution as highly toxic forms, as documented by Erik.

He also noted that daily dewatering of habitat, such as would be caused by a peaking facility, would have a more severe effect than seasonal low-flows. This is because most invertebrates, which are essential to the ecosystem, are reproducing and are in highest diversity in the spring and fall, and have already emerged from the water to live on land in the summer (when levels are naturally low). Thus, daily dewatering during fall and some portions of the spring will be far more damaging than “natural” fluctuation and low levels.

The proponent of the project had reported that the dam will be run-of-river for only 21% of the time in the fall and 68% of the time in the spring. Szkokan-Emilson pointed out that this is of particular concern because, as regulators have pointed out, this benthic invertebrate habitat is unique in the area and these are spawning grounds for Walleye and habitat for the sensitive Lake Sturgeon.

Concerned citizens within the Greater City of Sudbury have made a total of 19 Part II Order requests to the Minister of Environment to elevate this hydroelectric proposal to an Individual Environmental Assessment.  If granted, this proposal would be subjected to a much more rigorous environmental assessment that if approved, would be more likely to result in an environmentally and socially responsible and sustainable project.  In the 15 years that this avenue has been available to the public, never once has a Part II Order request been granted.  However we are optimistic that the Minister will share our concern about the risk this proposal would pose for the riverine ecosystem and the public.  We are awaiting a decision from the Minister.   You can read about our concerns and request to the Minister here.

The abstract of the study can be found here: Drought Induced Flux of Metals from Peatlands in Watersheds Vulnerable to Extreme Events