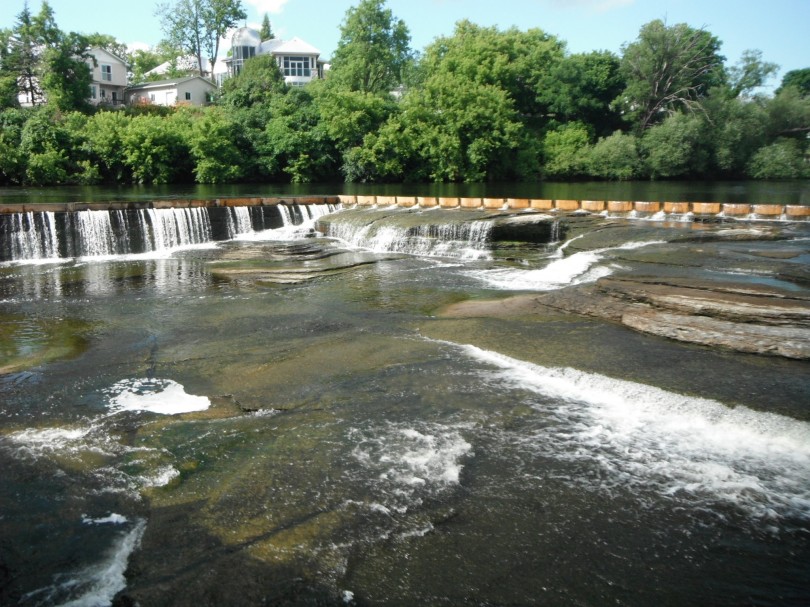 It has been a quiet winter and spring with the Mississippi RiverWatchers (RiverWatchers), and seemingly so with the Enerdu Hydroelectric Project (Project), in Almonte. However, the proponent has been quietly working behind the scenes on the Heritage Impact Assessment. The study was delivered to the Almonte Heritage Committee on May 27, but sadly, the report is truly irrelevant to the project. The Heritage Ministry has absolutely no power to influence the Project, so this study amounts to a Provincial brushoff to the local community.

RiverWatcher members have been working hard to prepare a final report to the Ministry of Natural Resources (MNR) to assess the damage to the Appleton Wetlands. The data collected has made it completely clear that Enerdu’s frequent water level changes have created the massive die off of the wetlands. As usual the MNR really wish we would all go away, and do everything possible to discourage our work.

MNR has been completely uncooperative in this process. The local advisory committee for the river are very frustrated with the MNR staff and fully support the work of the RiverWatchers.

The RiverWatchers are in the process of registering a complaint with the Provincial Ombudsman against the MNR for their failure to follow the required processes for a number of objections that have been raised. We have been in touch with the Ombudsman’s office to ensure we have a case, and that we properly document our concerns.

Work has continued in several other areas which will be revealed when the time is right.

High water levels this spring demonstrated clearly that the flood potential of this Project is significant. At the narrow point of the River where Enerdu is proposing to build their new powerhouse, the water levels rose to within inches of overflowing the banks – directly adjacent to the downtown main street. The Enerdu powerhouse would constrict the river by over 30% at this point, yet they claim there is no increased potential for flooding. Mississippi RiverWatchers fully disagree.

MOE has required a flood analysis for this section of the river. Approval of the project will have to be given by the Mississippi Valley Conservation Authority (MVCA). Approval will mean that both Enerdu and the MVCA will have liability in the case of flooding. They had better have a good insurance policy.

The RiverWatchers are planning a number of summer activities including a river cleanup.

Mississippi Riverwatchers are working hard to protect the town and the Wetlands from this Project. We have decided that publicity is the only way to get the government to act.